The 2019 event: Sing for Tibet for Tibetan freedom

The islands of Thailand are known mostly for tourism, but in the middle of the tourist season on the famous tourist resort island of Koh Phangan, artistes chanting prayers and singing spread awareness about the current situation in Tibet.

Curator Lobsang Wangyal led the Sing for Tibet event, which was held on 28 January 2020 and attended by a modest few dozen people. Wangyal spoke about human rights abuses against the Tibetan people in Tibet, along with destruction of the environment, exploitation of natural resources, and annihilation of wildlife, by the Chinese government.

Due to the repressive Chinese policies, which amount to cultural genocide, Tibetans have taken drastic actions such as taking their own lives in self-immolation protests. Any expression of dissent is met with torture and imprisonment.

Tibetans have become second-class citizens in their own land. Their language, belief, and way of life is systematically destroyed. They are bereft of any power. All they can do is become mere spectators of the destruction of their land, culture, and environment.

Koh Phangan being a popular international tourist destination, Wangyal implored the people from various parts of the world to help the Tibetan cause for a free Tibet.

Prem Karki Avatara from Italy and Eric Matthew Sedorovitz from California supported the event by presenting their musical and chanting presentations.

As in the past, the popular Green Gallery at Sri Thanu on Koh Phangan provided the venue for the free event. The annual event for Sing for Tibet 2019 was delayed by a month. 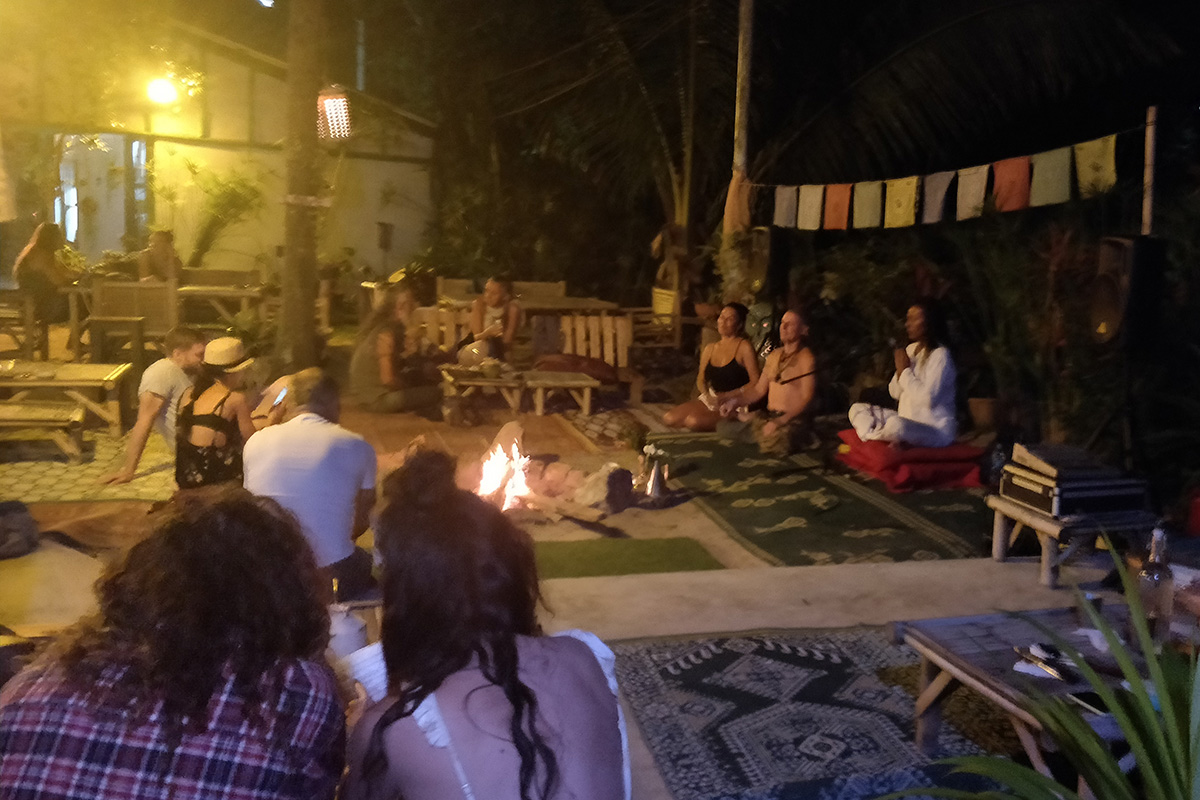